Claire Bonello writes this of Forbidden Tales (2008): "these weren't stories about heroes or heroines or epic tales, but simply stories of everyday life. In this book, Mifsud has protrayed the myriad disappointments, personal failings, the daily grind and the occasional flashes of hope that make up the human condition. He has done it in a raw and uncompromising manner which contributes to the authenticity of the stories and which makes them utterly compelling." 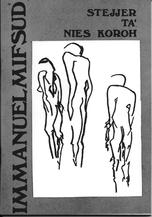 Back from his father’s funeral, the narrator starts reading a diary his father kept during his days as a soldier during the Second World War. The diary is very scant, almost impersonal, but it is exactly this impersonality which pushes the narrator to re-examine the personal relationship he had with his father. In the Name of the Father (and of the Son) was the first ever Maltese book to be awarded the European Union Prize for Literature (2011). It has since been translated into English (Parthian), French (Gallimard), Romanian (Polirom), Macedonian (Goten), Serbian (Kontrast), Croatian (Fraktura), Albanian (Fan Noli), Czech (Vetrne Mlyny) Norwegian (Quintano), and Arabic (Masr el Arabiya).

L-Aqwa Żmien (Maltese for "The Best of Times") was the Labour Party's, (Malta's ruling party since 2013) electoral slogan for the 2017 elections. Published by Klabb Kotba Maltin in October 2019, this collection of short stories is a reflection of the stark reality in Malta, where gross financial inequalities have led some to live in garages or on the streets, racism became rampant reaching the climax with the cold blooded murder of an African migrant, and what should have been the best of times for Malta became a period characterised by injustice, hatred and corruption. The book anticipates the popular protests throughout November and December 2019 which led to the resignation of Joseph Muscat, former prime minister and other prominent persons in the Labour Party. Not all stories happen in Malta although almost all of them have a political bent.

L-Aqwa Żmien was shortlisted for the 2019 national award for prose.

The book was published in Albanian by Ombra GVG and Serbian by Treci Trg  in 2022.

Undeniably Chemistry,​ the 2005 short story collection, is Mifsud's most controversial work to date. Progress Press its original publishers cancelled publication and withdrew its copies for fear that some stories, specifically those dealing with paedophilia and prostitution, would stir controversy. Some newspapers, like L-Orizzont, criticized the book for being "obscene and pornographic", while others simply refused to carry reviews.

During one of his many trips, actor and playboy Erik Xerri has a one night stand with a waitress from East Berlin and, quite untypical of him, he falls in love with her. Jutta Heim (2014) is a story of unrequited love against a political backdrop that takes readers to former East Germany and refers them to seminal historical moments such as the political violence of the 1980s in Malta and the Labour Party's landslide victory of 2013. Jutta Heim won the National Award for Prose for 2014. It has been translated into Arabic, Serbian, Slovenian, Romanian and Albanian.

Immanuel Mifsud's first published work (1991) was a collection of short stories, Stories of Ugly People. Mifsud tells the stories of eccentric, deviant, common people who fail to adhere to society's norms. In his commentary on the book Carmel Mallia welcomed the author's ability to create a lingering effect on the reader despite the minimalist style he used in his description of the characters.

In the Dark Night We Looked is Immanuel Mifsud's most recent novel, published in 2016. The title is taken from Dun Karm's 'Evening Hymn' popularly sung in Malta as a night prayer. The novel recounts the night and sleep rituals of a number of characters living in different times, in different countries. There are only two things that bind these characters: sleep and a very peculiar narrator who states he is the author writing a book - this book - which he did not intend  to write.

A second collection, Stories for Saturday Night, was published in 1993. The mushrooming of private radio stations in Malta after the liberalisation of the media in the early nineties paved the way to public confessions of lonely people who sought refuge in throwing their woes on air in late night talk shows. Liberalisation had this effect, which, inspired by the writings of Michel Foucault, Mifsud saw this as yet another form of power subjecting the individual to public confessions.

In The Book of Maimed Lovers (1999) Mifsud focuses on his generation, dubbed by Douglas Coupland as Generation X. In his review Louis Scerri hails Mifsud as "one of the new breed of Maltese authors who is seriously striving to extend the language as a literary tool while infusing a genuine, heartfelt social commentary which has for long marked serious literary production in the rest of the world."

​"A book that's never been written."

This is how this collection of Facebook posts posted by Immanuel Mifsud and his long time friend Toni Sant, is introduced. While Malta was in 'soft lockdown' between March and June 2020, many people were, automatically, going through a long walk through their memory lane(s). Others were trying to put the pandemic off their mind by bingeing on Netflix, junk food, videos, music, loneliness and hatred. To counter all this, Mifsud started mapping his biography in a series of Facebook posts, revisiting the salient moments from adolescence through adulthood by recounting important events (personal and public) and musical references. Shortly afterwards, Toni Sant followed suite and, voila, a collection of posts, keenly followed on Facebook, became a book on insistence from the same followers.

The book won the Book Award for non-fiction books published in 2020.

Irony and anger characterize the 2002 short story collection Sara Sue Sammut's Strange Stories.  The author pokes fun at the political situation he grew up with in 1970s Malta, through his alter ego, a factory girl turned Commie, Sara Sue Sammut. Despite the humour, the book recounts also the sad tales of drug addicts across the social spectrum, without being judgmental. This book won the Malta National Award for 2002 and was later shortlisted for the Premio Strega Europa. 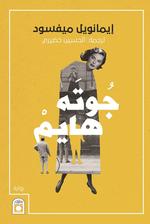