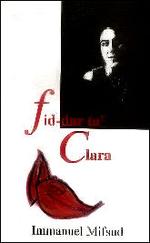 Penelope Waits (2013) is a collection of over 80 poems, most of which had already been published in translation in Confidential Reports, Bateau Noir and Prgisce Listja​. Waiting is the dominant theme of the poems: “We spend a lot of our lives waiting – in our daily lives we wait for people, we wait for particular times,” Mifsud tells David Schembri in interview. “On a grander scale, we are all waiting: for the big moments in our lives, and eventually we wait for death – even though death is not a very present theme in this work. This was something which struck me enough to write about it.”  Penelopi Tistenna won the National Award for Poetry 2013. Treci Trg published the Serbian version in 2018.

At Clara's (1998) is Immanuel Mifsud's first poetry collection. In these 47 poems Mifsud  invites the reader to enter "the damp and dark corridors" of Clara's house, which is a metaphor for the writer's persona. The early short poems, written when the poet was still a teenager, impart an anarchic spirit typical of the angry young man. Love is always an experience which is bound to ffinish in an unhappy ending.

The Play of Waves (2017) is an important book in that it is the first for a poet in Malta to be published by a major publisher in the UK.

Translated by Maurice Riordan and published by Arc Publications (UK), this book is a selected collection mainly from Penelope Waits​.

The collection falls into six sections: the first consists of mainly lyrical poems; the second explores mental instability and the fluidity of the Self; the third is a sequence of travel poems; the fourth focuses on the dialectic of body-spirit; the fifth consists of poems about sex and sexuality; and the sixth and final section is a short cycle about Medusa. Throughout all six sections, the theme of 'waiting' runs as a leitmotiv - waiting at airports, at the psychiatric clinic, at railway stations, sex-workers waiting for clients, lonely people waiting for imaginary lovers.

Skopje Blues & Other Poems from Macedonia (2018) is a section from the book Ħuta (Fish) which was inspired by the poet's first visits to the Republic of Macedonia. The selection was translated by poet Elena Prendzova from the English version by Ruth Ward and was launched in Skopje on 13th July 2018.

Daqsxejn ta’ Requiem lil Leli (A Modest Requiem for Leli)  (2018) chronicles the last moments in the life of Leli, who, while in a coma, re-reads the main chapters of his life, most notably his childhood, where he encounters his parents, relatives, friends, and teachers.

As he gets closer to his last breath, Leli's visions become more poetic and charming with merry-go-round white horses, butterflies, chocolates, toy trains and pretty women. Leli's death turns out to be a serene boat ride towards the island of the dead where all his relatives and friends who had passed away before him are waiting to give him a most emotional welcome.

The bilingual version with the English translation by Albert Gatt is published by Midsea Books.

Bateau Noir (2011) is another collection of poetry by Immanuel Mifsud, published in a Maltese-French bilingual edition, with translations by Nadia Mifsud and Catherine Camilleri. Some of the poems in this collection had been translated into English and other languages and published in various publications, most notably Mifsud's Confidential Reports (Southword, 2005).

Fish was published in 2016, barely three years after Penelope Waits​. “It occurred to me," the poet tells Teodor Reljic in interview, "especially after reading the collection as a whole for the first time, how many similarities there are between the way I see my life evolving to that of fish in an aquarium. I sometimes believe I’m living in a bubble, unable or unmotivated to fathom what’s happening around me. I had believed that once I ‘matured’ I’d settle, have clear ideas about the world, I’d have identified my opinion about almost everything; but it so happened that now, nearing fifty, I feel more at a loss than I felt in my teens and twenties. Consequently, most of the times I feel like a fish out of the water…"  Ħuta won the National Award for Poetry 2016. Treci Trg published the Serbian version in 2019. In 2020 the same collection was publihsed also in Greek and Slovenian.

Confidential Reports was published by Southword Editions (Ireland) for the Munster Literature Centre's translation series celebrating Cork as Culture Capital of Europe for 2005. "This is poetry as the old rock ' n roll - edgy, excessive, and visceral in its appeal. Mifsud resembles a rumbustious latter-day troubadour as his imagination roams the Mediterranean and mainland Europe. Here is a book that is lyrical, vulnerable and transgressive." The poems were translated into English by Adrian Grima and Maurice Riordan. You can buy this book from here.

Madwar Sagħtejn u Nofs 'il Bogħod mill-Ġenna ​(Around Two and a Half Hours Away from Heaven) is another collection of poems written between 2017 and 2019. Death is a recurrent theme as the poet contemplates about the passing of a number of friends and acquaintances, making him remember that death is ubiquitous, and is approaching. Two and a half hours to reach heaven, the distance, then, is not so long. 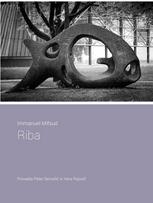 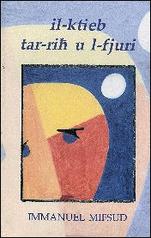 Prgisce Listja (A Handful of Leaves) is a compilation of poems published in 2013 translated into Slovene by Peter Semolic and Vera Pejovic for the IRIU Institute in Ljubljana.

km (2005) was inspired by the kilometres covered by Immanuel Mifsud in ten European countries: the Czech Republic, France, Finland, Spain, Poland, Slovakia, Bosnia-Herzegovina, Slovenia, Croatia and Austria. Published a year after Malta joined the European Union, km, documents the voyage of a writer who sets sail from the periphery to central and norther Europe, a continent with a troubled history of empires, blood and iron curtains. km was published in a bilingual edition with translations into English by Maria Grech Ganado.

The Book of the Wind and Flowers​ (2001) is a collection of sixty poems written between 1989 and 2001. Disenchantment with love blends with the love of beauty, expressed mostly in the eroticism of the later poetry. Travel too inspires the poet who becomes the solitary wanderer in search of meaning. The book placed second in the National Award, when, strangely, the prize was not given.